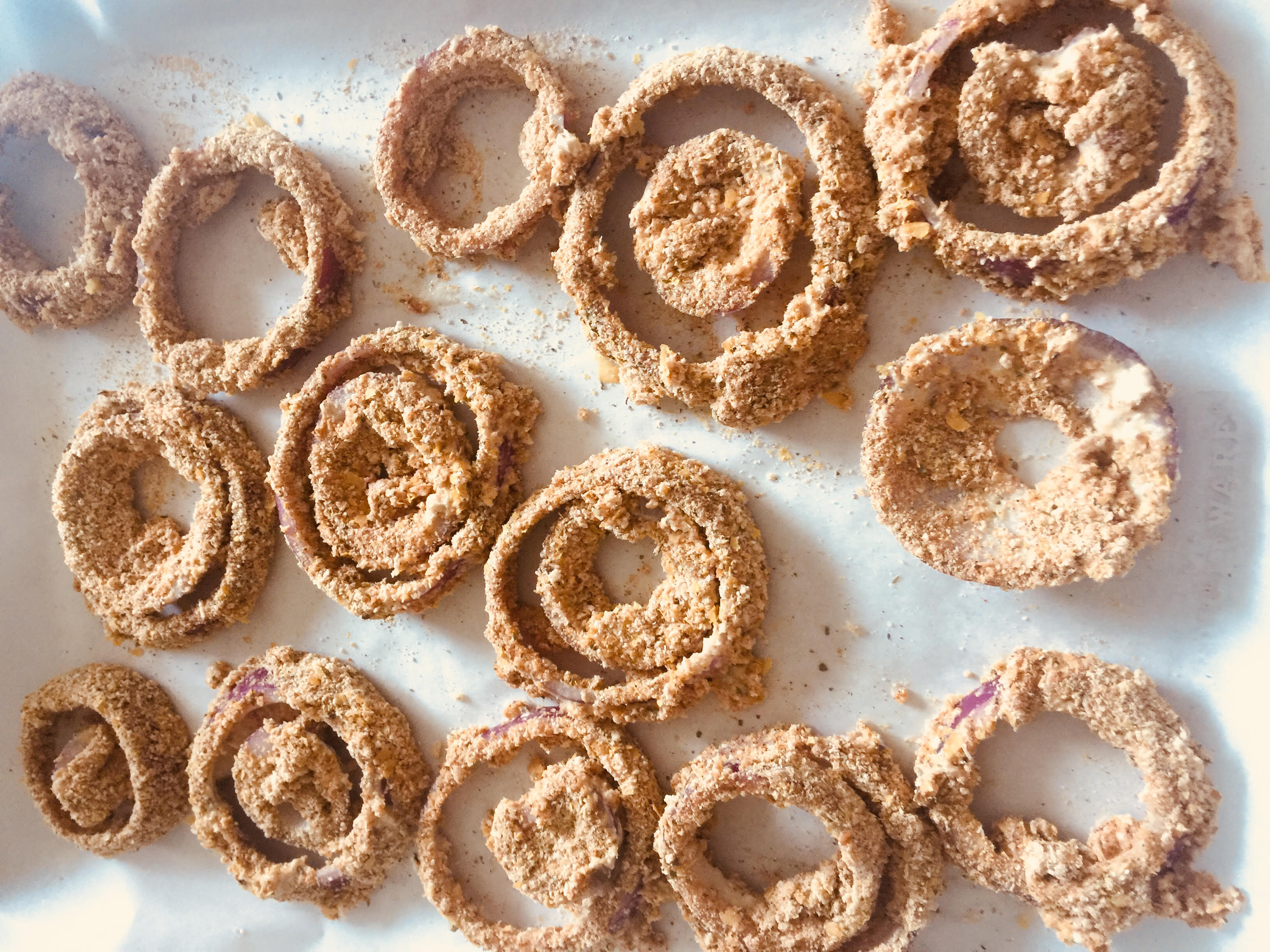 How Not to Die Cookbook Review… Summary: Mmmm!

For all you Dr. Greger fans out there, you may recall this post in November.  In it, we recommended The How Not to Die Cookbook as a gift idea for your favorite vegan.  We made this recommendation because Dr. Greger’s first book, titled How Not to Die, was a New York Times Bestseller.

Dr. Greger’s first book focused on distilling the science behind nutrition and preventing the leading causes of death. Chapter by chapter, he showed how plant-based diets have the power to prevent, and even sometimes reverse, disease progression. 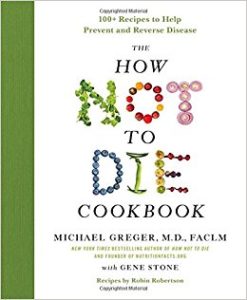 The How Not to Die Cookbook, then, took these science-backed ideas and created recipes using only “green light ingredients.”  Dr. Greger defines these as the plant-based, unprocessed foods that we should all eat more of.

Since we posted that blog article, the cookbook officially came out.  Now that about a month has passed since the release, and we had the opportunity to put many recipes to the test,  we thought it would be the perfect time to review the book.

To be perfectly honest, I went into the book with a strong bias.  I have read Dr. Greger’s first book multiple times since it came out only two years ago, and – in my mind (and perhaps my mine alone?) – he is the quintessential nerdy vegan’s version of a celebrity crush.  (Sigh… all that dreamy science…)

But as I started flipping through the pages of the book, I found several recipes that downright did not appeal to me. And the lack of added sugar, salt, and oil astounded me.  So in an attempt to have the fairest possible review, I determined that I would make at least three recipes that scared me.

First on the agenda was date syrup.  As someone with an aversion to certain foods based solely on appearance and texture, I was not digging all the recipes that required the use of dates.  Dates, for those unaware, look like slimy, plump roaches, minus the legs.  Ok, well, maybe they’re not quite that bad… but I can’t imagine that many people who haven’t already tried them would see a date and think that was something they would want to put in their mouth.

But I tried it!  And much to my surprise, is was decidedly not awful.  I was glad to get that recipe out of the way, because date syrup is a sugar substitute in many of the recipes.

With my newfound bravery, I then ventured to try the Fudgy No-Bake Brownies and the Superfood Breakfast Bites.  Both recipes were very heavy on the dates.  In fact, the brownie recipe had me highly skeptical, as it consisted entirely of dates, walnuts, almond butter, and cocoa — not an ingredient list that would inspire confidence in many people in search of a brownie.  But this time, the recipes were not just “not awful,” they were downright heavenly!  They were both so delicious, that without even trying another recipe, I can say that the book is worth every penny just for those recipes. For all you parents out there who want to trick your children into eating healthily, you can now just give them an entire tray of brownies, entirely guilt-free!  (You’ll also be the coolest parents on the block.)

Next up was to try the Chocolate Oatmeal.  This recipe was scary to me because it’s essentially just cocoa powder mixed with oatmeal.  Unfortunately, this recipe was not greater than the sum of its parts.  It did, indeed, taste like cocoa powder in oatmeal… Not quite repulsive, but not quite not repulsive either…

I then moved onto the Mac & Cheese recipe.  I chose that recipe because I have tried numerous versions of vegan mac over the years; and, quite frankly, none of them have been that great.  My expectations were low going in, but luckily, I was pleasantly surprised to find it uniquely cheesy. Who knew that you could use carrots in your mac sauce?!  Like all things in life, it could use more broccoli, but that was an easy fix.  The recipe became my new go-to for vegan mac. Though, while not Greger-approved, I did find it necessary to add some salt to the finished product.  (…Note that these recipes should all be taken with a grain of salt!)

But after trying this recipe I noticed a slightly annoying trend in the recipes in this cookbook…  He rates all of the recipes for difficulty level, and almost all are “easy.” How these get to be marked “easy” is unclear, but he seems to have a higher threshold for recipe difficulty than most others would have.  The mac recipe, for example, required 15 ingredients. You must make two out of those 15 ingredients from other recipes in the book! (This includes homemade vegetable broth and the Savory Spice Blend.) By most people’s standards, this is not quite “easy,” but oh well.

The ultimate recipe that I needed to try to have a full assessment of the book was the Beet Burgers.  Anyone who knows me knows that beets are my least favorite thing in the world (tied with olives, which are the devil).  Still, I forged on for the sake of this review.  In the end, I was incredibly surprised to find a burger that was not only edible, but was actually quite good.  The dirt taste that I associated with beets was nowhere to be found, and I ate several burgers in a row!

Folks, if I can eat a beet burger and enjoy it, anything is possible with this book.  Like with any cookbook, there is a risk of off recipes (chocolate oatmeal… whyyyy?), but overall, there were enough delicious surprises in this book to make it an absolute must-have. Next on my culinary agenda is the Pear Compote, because I have had a life-long aversion to most types of cooked fruit.   Looking at the picture makes me squeamish, but after trying beets, dates, and cocoa-covered oatmeal, I now have the confidence to try all sorts of new things for the sake of my health and for the sake of yet-undiscovered deliciousness.