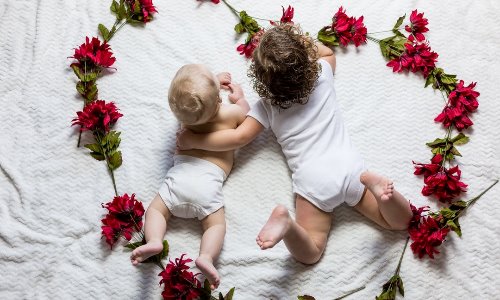 Raising The Next Generation of Vegans

While all parents have their own unique way of shaping their children to be ready for the real world, many people have differing opinions of exactly what it is that is important for children to take with them outside of their home. For some, compassion may be one of the most important things they could teach their child. We’re all human beings just trying to survive, so of course it is important to show each other kindness and empathy, but should this stop at humans?

Parents choosing to raise their children vegan may receive a lot of judgment, particularly from people who do not understand the lifestyle. With all the misconceptions out there about veganism, these parents are even sometimes labeled as “neglectful.” However, this is far from the truth. Parents choosing to raise their children vegan are making a conscious decision that benefits in more ways than one. At birth, babies start getting their nutrition the same way baby calves would if we didn’t steal it from their mothers. In fact, most babies are lactose intolerant and need a non-dairy formula if they aren’t being breastfed. It is pretty easy to get proper nutrition on a vegan diet at any stage in life. The “tough part” about going vegan is giving up what you have been raised to eat. Many people have trouble coming to terms with this because they have been raised with such a disconnect to food.

When a child knows how they got their chicken nuggets, they are a lot more likely than adults to rethink the nuggets. We see videos all the time of children vowing to go vegetarian because they don’t want to eat animals. Children are pure and have yet to be corrupted by society or desensitized to things that they shouldn’t be. A child that is raised vegan will not have to have a crisis later in life where they have to choose between their love for animals and the foods they know and love.

I am often asked what I would do if I raised my child vegan and one day they asked for meat. My child will be raised with a real understanding of exactly what meat is and the effects it can have. The point is that they are not being mislead, and once my children are out of my home they will know what they need to know to make the right decision for themselves. When I’m asked this question, I can’t help but wonder what an avid meat-eater would do if their child said that they wanted to go vegan. I have met many people who have been told they couldn’t go vegan until they turned 18 or moved out. People hate what they don’t understand, and that becomes very evident when meat-eaters get extremely hostile about veganism. My goal is to raise my child with love and compassion for all beings that inhabit Earth- big or small. What I believe is most important for my child to learn is the idea that sentient beings feel pain and suffering just like you and I. In this world there is already so much suffering, and in my house it will always be important that we are helping to minimize suffering as much as possible, rather than contributing to it. By raising my children vegan, I am not putting them on a diet. I am teaching them important lessons about how they should treat people, animals, and themselves.