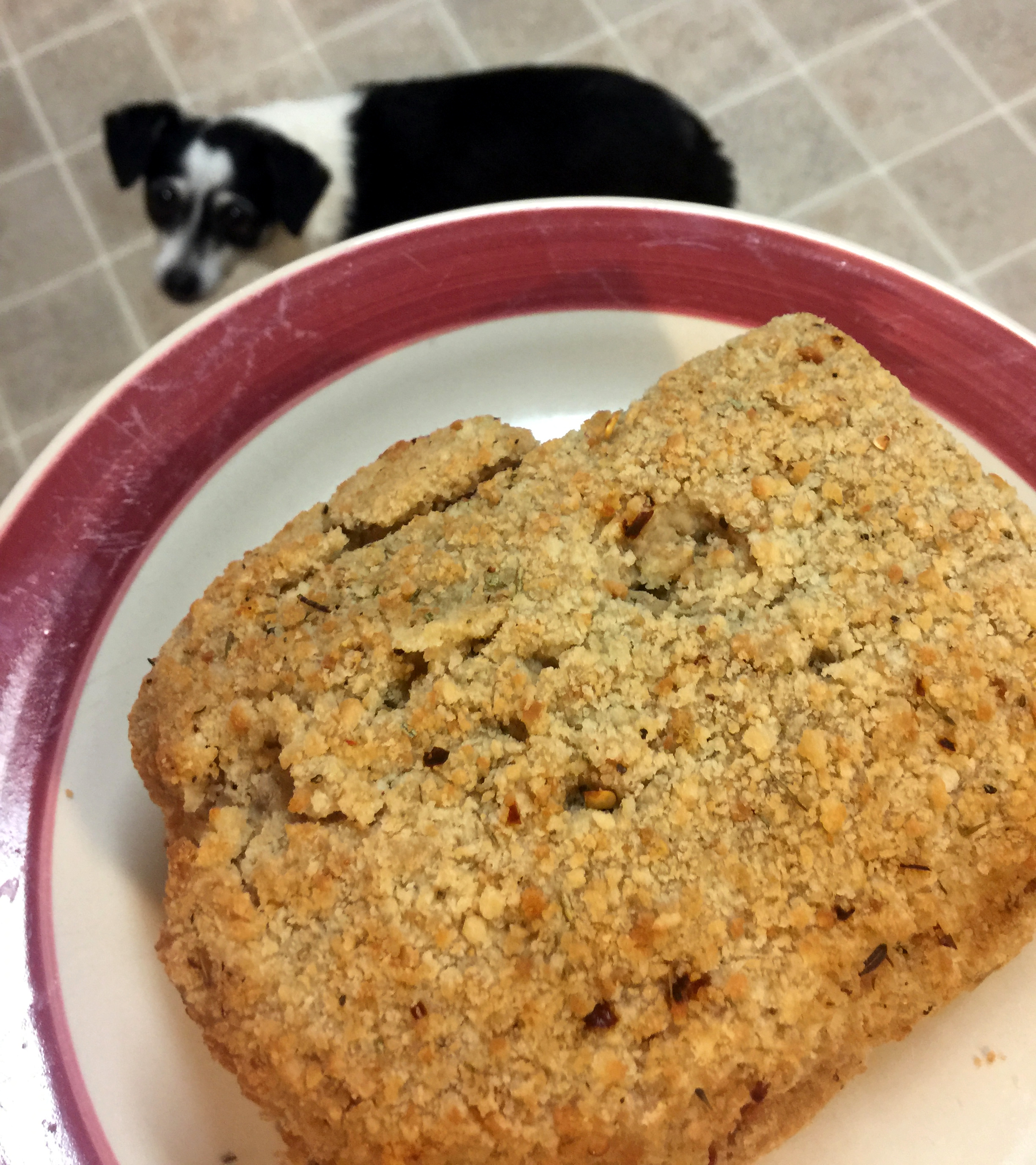 Ah, Thanksgiving. From the once-a-year opportunity to eat five helpings of dessert, to the shame-free jaunting around in stretchy pants, what’s not to love about this delicious time of year? As you begin to plan your menu, though, you may be noticing that the vegan “turkey” options are no longer limited to the ol’ Tofurky. Interested in promoting the common good, I dedicated this past week to exploring some of the other contenders to see once and for all which vegan turkey rules the roost.

As an avid Trader Joe’s enthusiast, I naturally gravitated to TJ’s “Turkey-less Stuffed Roast.” After all, I had gotten a vegan turkey from TJ’s last year and remembered it very fondly. Little did I know that the recipe had changed, and the new roast was nothing like my memories. The roast I was greeted with this year was a dry log rolled in an overly generous helping of flavorless bread crumbs. Though I was impressed that it baked in under 30 minutes, the speed alone could not make up for the bizarre assault to my mouth engendered from its consumption. Imagine a vegan Italian sausage, minus the seasoning, plus more sodium than one should consume in a lifetime. I was planning to rate it 1 star, but my dog – forgiving pooch that she is – thought I was being too harsh… Final likelihood-to-impress-your-carnivorous-uncle score: 1.5 out of 5.

Super excited to find out that Gardein had entered the vegan turkey scene, my next move was to rush out to purchase their “Stuffed Savory Turk’y.” I had read rumors online that the TJ’s vegan turkey-less roast and the Gardein turk’y were the same recipe – it’s amazing how easily a rumor like that can spread when they have entirely different ingredients listed on their boxes! Luckily, I gave Gardein a chance. Similar to TJ’s, this turk’y cooked in about 30 minutes and was also quite subsumed in bread crumbs. Unlike TJ’s, however, these bread crumbs were seasoned – and, in general, it just tasted more like turkey. When I ate my way into the middle of the turk’y, I was delighted again to find the utterly dreamy stuffing, as Gardein can make even celery taste good. In short: Gardein has done it again! Final likelihood-to-impress-your-carnivorous-uncle score: 4.25 out of 5.

While I was beaming to try new options, no vegan turkey review would be complete without inclusion of the hallowed Tofurky Veggie Roast. For my third excursion into pre-Thanksgiving overindulgence, I purchased a Tofurky to compare it to the new options on the market. Upon first bite, I was quickly reminded of the element that made me love Tofurky in years past: uniquely juicy with an endearing level of “aaalmost turkey?”-charm. The juiciness immediately catapulted it ahead of TJ’s roast on the rankings chart and made me second guess my sentiments for Gardein. But as I ate on, I realized a fatal flaw in Tofurky’s recipe: it was too salty! In fact, I would dare say, too dang salty. I am usually one to shamelessly add copious amounts of salt to already-salty foods, but my Tofurky was making me feel like my blood pressure was rising with each bite. And so, while it is a brand that we vegans will probably always love to love, I have to be a traitor to our old friend and rank it below Gardein. Final likelihood-to-impress-your-carnivorous-uncle score: 3.75/5.

All in all it was a delicious week that left me hopeful for the future of Thanksgiving and the magical world of vegan meats. With my multi-day pre-Thanksgiving indulgence, I ventured where no vegan has ventured before. I probably gained a few pounds in the process, and I am no longer that excited for this Thursday, but at least now I can say with confidence that Gardein’s turk’y is the way to go – now get out there and purchase your Gardein before it’s too late!

Have you tried a vegan turkey other than these three? If so, tell us about it in the comments below!