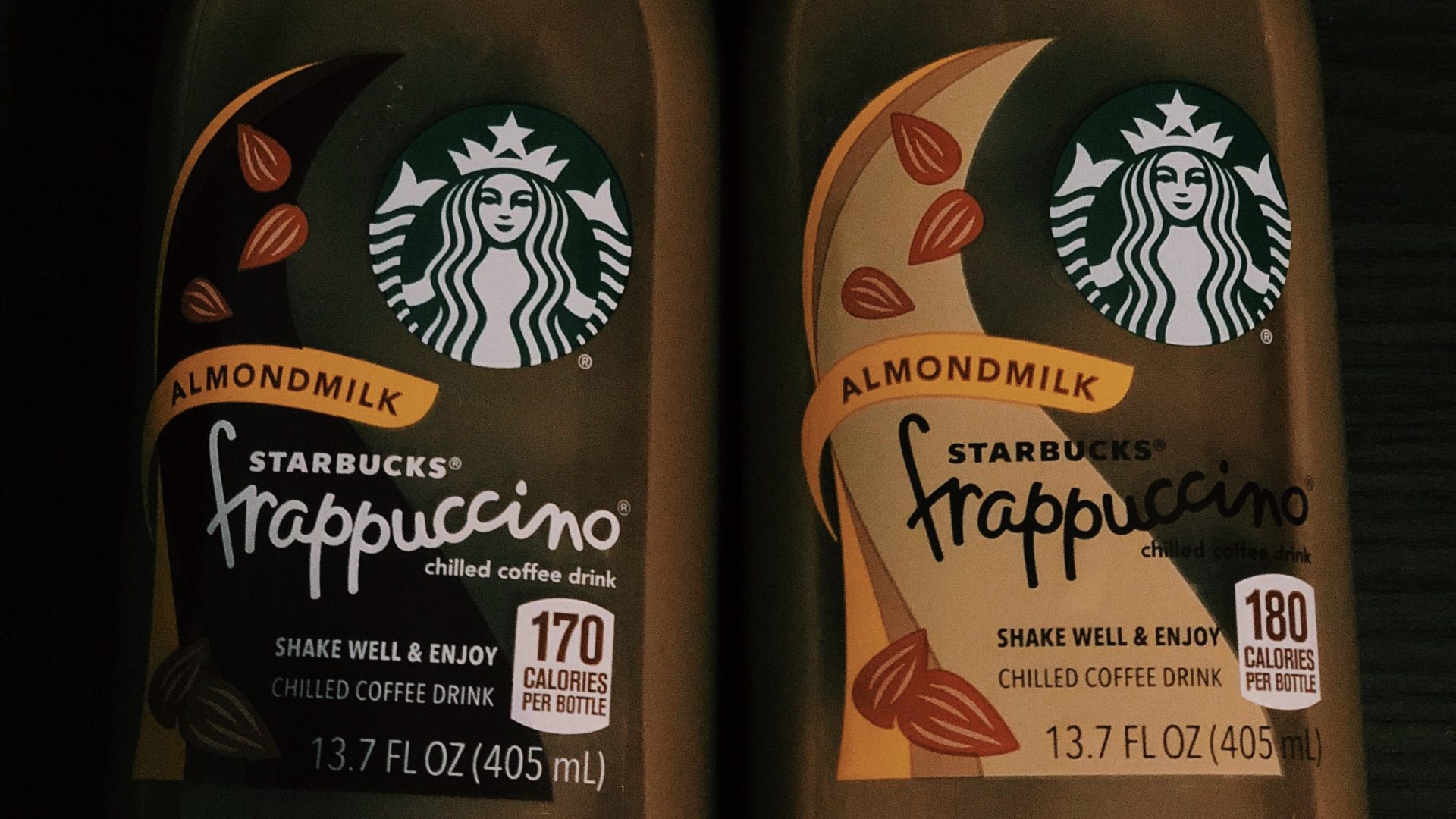 Starbucks is a pretty vegan-friendly chain. With their large menu, as well as their even larger “secret menu” of drinks that can be made at Starbucks, there is a drink for everyone. Keeping vegans in consideration too, they have a variety of plant milks that can be used to make drinks dairy-free. They offer soy, coconut, almond, and now oat. There are a million vegan drinks to be made whether you are more experimental or you stay loyal to one drink.

In gas stations and grocery stores everywhere, you can find glass bottles of Starbucks iced coffee in a variety of flavors. All of these flavors are typically made with dairy, so vegans couldn’t enjoy them until now. Starbucks has released two different vegan-friendly options. Now along with the other glass bottles at the store, you can find iced coffees made with almond milk. The flavors are Mocha and Vanilla.

Both flavors can be found at Kroger, Walmart, and other grocery stores. Starbucks continuously grows their menu and more and more vegan options are added. However, one drink that has recently been released can’t be made vegan, despite Ariana Grande’s tweet encouraging people to try it with soy milk. The new Cloud Macchiato has caramel that contains dairy as well as foam that contains egg whites. Many other drinks can be made vegan, such as the Cherry Mocha that was released in February.