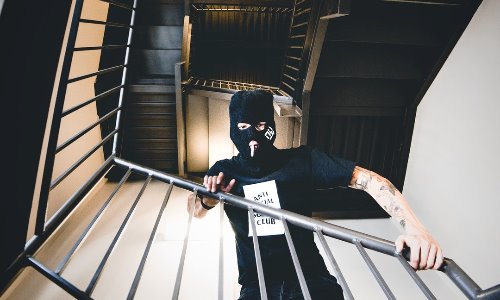 Everything You Should Know About The ALF

The ALF, or Animal Liberation Front, is a resistance in which direct action is taken for animals. This usually includes rescuing animals who are being abused or inflicting economic damage on the abusers, such as breaking slaughterhouse equipment. Although they are seen as a terrorist group, they are not physically harming anyone. The ALF is trying to expose how animals are mistreated and free them from being a commodity. They believe in preventing unnecessary harm to all animals, including humans. The ALF does not condone violence whatsoever, and harming people is not an ALF action.

There is no way to “join” the ALF, you simply act or you don’t. Due to the nature of the activity, most people work independently or with people they trust who share the same ideas. Of course planning is important, because you can’t attempt to liberate an animal that you have no idea what to do with. You have to make sure you have a safe place for an animal to go before you can rescue one.

Although the activism I personally am involved with is legal, I will always fully support the liberation of animals. The ALF has freed many animals since its beginning in 1976. In the first year, 1,000 foxes were rescued from a fur farm in Scotland. The first recorded raid in the US was in 1979, in which a cat, two dogs, and two guinea pigs were rescued from a medical center. In 1985, the ALF rescued Britches, a 5 week old monkey that was so mistreated during animal testing that the footage taken by the ALF is constantly shutting down animal research projects. ALF campaigns have caused many businesses to close in which animals were being harmed. While the ALF has accomplished a lot, it is a huge sacrifice. You are literally risking your freedom when you choose to act, and several have spent many years in jail for the work that they did.

While there are a few different places where you can read anonymous actions taken by ALF members, the goal is not to be in the media or draw attention to it. There are many animal rights organizations that utilize the media as a way to reach a larger audience and get more people involved, however in this context it just doesn’t make sense to.