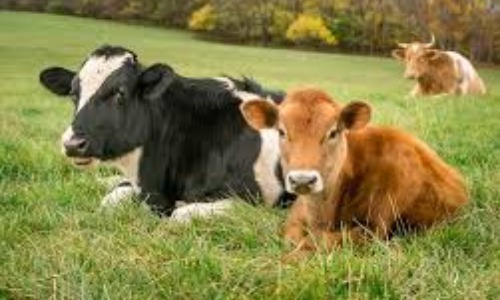 When it comes to breastfeeding, there seems to be a little confusion on whether breast milk is vegan or not. Some people claim that because humans are animals, breast milk is an “animal product”, therefore not suitable for vegans. If you are an ethical vegan that has a good understanding of the dairy industry, this may seem really silly to you. The reason that vegans don’t consume cow’s milk is because cows have to be exploited in order to obtain it. A cow on a dairy farm is repeatedly kept pregnant in order to keep the milk supply coming, only to have it stolen from them and their calves, whom the milk is actually meant for.

I’m sure you’ve probably heard the phrase “not your mom, not your milk.” This is the idea behind not consuming milk from other species. All milk-producing mammals have that ability for the same reason that us humans do- to feed their babies and help them grow. We as humans are the only mammals that consume milk from another species. It’s pretty weird if you think about it. Cow’s milk is meant to help a baby calf grow into a full grown cow. Unfortunately, for calves born on dairy farms, they do not get to consume their mother’s milk, as that would take away from the dairy farmers profits. Instead, male calves are sent off to slaughter to produce meat. The dairy industry considers them useless for any other purpose due to their inability to get pregnant and produce milk.

It isn’t all milk in itself that isn’t vegan, it is the milk that exploits animals. Humans are not being exploited by their own children when they breastfeed. Consent is there and the mothers willingly do it. We don’t continue drinking human breast milk past a certain age, yet even in adulthood humans drink dairy milk. In fact, mothers who breastfeed their children a little longer than others are often looked at in disgust by others. Humans acknowledge that our breast milk is meant for babies, however refuse to acknowledge that cows produce milk for the same purpose- feeding their children.

Yes, breast milk is absolutely vegan. Our bodies are capable of producing it because that is what we are meant to feed our babies. If women were exploited in the way that cows are, forced to stay pregnant in order to lactate for our consumption only to have their babies ripped away from them, there would be outrage. Everyone would have a problem with it. Why should it be any different for cows?