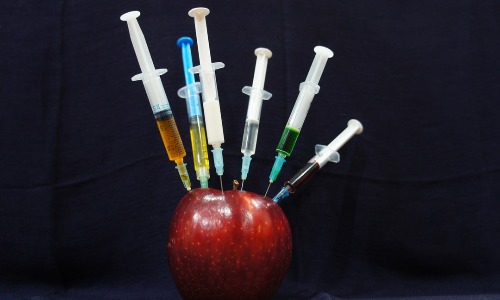 Are vaccines vegan? This is a question that can very easily start a debate, depending on who you’re talking to. There are two ways to look at this. From a perfectionists perspective, vaccines are not vegan. There are several animal products in vaccines, including fetal cow blood as well as cells and DNA from various animals. At this point in time, there are no vegan alternatives to vaccines. So, what do you do? Does being vaccinated mean you aren’t a “true vegan?”

While some may believe that to be true, there are many necessary medications that do not have vegan alternatives. As the Vegan Society puts it, veganism is a way of living which seeks to exclude, as far as is possible and practicable, all forms of exploitation of, and cruelty to, animals for food, clothing, or any other purpose. If its what you prefer, you can refuse vaccines. However, vegans should not be expected to do so. They shouldn’t be seen as any “less vegan” for using any medications that may contain animal products. In order to fight for animals and make a difference, we have to be healthy and well.

While choosing whether or not to vaccinate is a decision that’s entirely up to you to make for yourself or your children based on what you believe to be best, there is no doubt that being unvaccinated can be harmful to you, your children, and infants or people with disabilities that prevent them from being able to get all or any of the recommended vaccinations. With there not being a vegan alternative to vaccines, it is unfair to consider someone to not be “vegan enough” for getting vaccinations that contain animal products. It is safe to assume that if they were given a choice between a vegan vaccination or a non-vegan one, they would choose the vegan option. However with it being unavailable, that is the only choice we have. Getting a vaccine or vaccinating your children in an effort to prevent diseases does not take away from excluding animal products and exploitation in your everyday lifestyle.