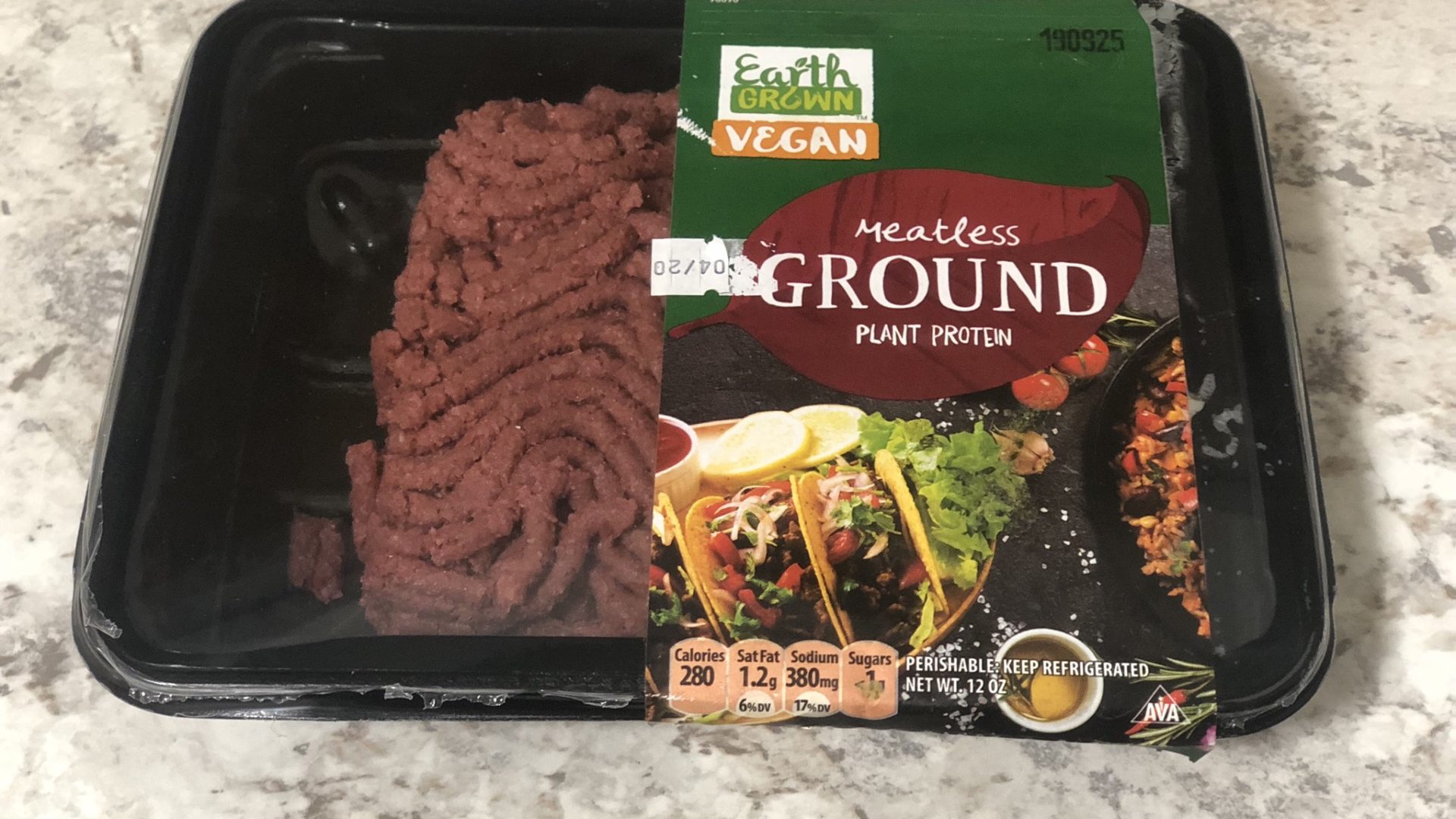 In a world where people are becoming more and more aware of the unethical treatment of animals in the industry, their carbon footprint, and their own health, Aldi doesn’t disappoint. In fact, Aldi continues to impress as they constantly hit us with new vegan options. First known for their affordable produce, Aldi came out with their own brand called Earth Grown. These products are (almost) entirely vegan. These products include both dairy and meat alternatives. Underneath where it says “Earth Grown” on the box, it will say vegan. If it doesn’t, the product in your hands is one of the few that contain egg. The only exception to this rule is Earth Grown’s cream cheese alternative, which oddly doesn’t say vegan on the container although it is. So far the only Earth Grown products I’ve come across that are not vegan are the hot dogs, italian sausage, and breakfast sausage links. No need to panic, though, because the breakfast sausage patties are vegan.

Aldi has treated us plant based eaters seasonally as well. In the fall, we were spoiled with everything pumpkin spice and pumpkin pie, from dessert hummus to iced coffee. During this winter season, you can get your hands on chocolate mint dessert hummus, which is either an incredible idea or an atrocious one, depending on who you ask.

Recently, Earth Grown has jumped on the “plant based meat” train with their beef ground. It is less than half the price of a pound of Beyond Beef, which is a steal. With this, Aldi is making “plant based meat” more accessible and affordable. Some Aldi locations carry the Beyond Burger as well. At my last visit, I was able to find Just Egg for six dollars! If you are a vegan in this time period, enjoy it! We are currently living in an era that will make history. Life as a vegan three years ago was drastically different than it is now, so we can only imagine what life might look like in three more.