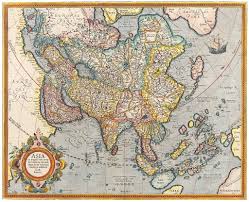 Although “white veganism” does exist, veganism was not created by white people. People all over the world have been living this lifestyle way before white people started. Vegetarianism is very common in India, as several major religious groups do not support violence toward animals. Vegetarianism and veganism is also common in China. Tofu was first created in China over 2,000 years ago. It is accredited to Prince Liu An. It was later introduced to Japan. Natural plant-based diets are popular in Jamaica, with the Rastafari following the Ital diet.

Many popular vegan foods come from other cultures, such as avocados, rice, hemp seeds, quinoa, and seitan. Middle eastern food is common among vegans, such as chickpeas, hummus, and falafel. Vegan soul food is extremely popular. When you go to a white-owned vegan restaurant, the menu will be full of food that comes from other cultures.

People of color are leading the movement. There are many black-owned vegan businesses that have been around for a very long time, as well as black influencers, artists, and athletes that are vegan. “White veganism” may be real, but white people certainly are not the face of veganism.