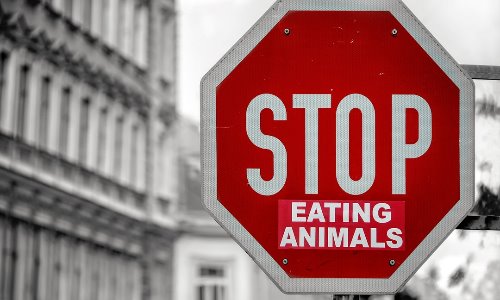 A Vegan Lifestyle vs. A Plant-Based Diet

Vegan and plant-based are two different terms that sound relatively similar, and to some they are believed to be interchangeable. Despite similarities when it comes to the food they eat, there are many lifestyle choices made by vegans that people who follow a plant-based diet may not necessarily abide by. Vegans are against the exploitation of animals and refrain from using animal products. It is a lifestyle because it is not limited to dietary choices. Vegans also choose not to wear animals, support companies who test on them, or support animals being used for entertainment. It is a lifestyle chosen based on the individual’s morals as well as the belief that animals do not belong to us. Choices that a vegan would make based on their lifestyle include opting out of buying wool, leather, and fur and choosing a different material, or visiting an animal sanctuary rather than a zoo.

Many vegans can remember when they first learned the truth about animal agriculture and all the different ways that humans exploit animals. Once you open your eyes to such a thing it is impossible to close them again, and the lifestyle seems like an obvious choice to make. Unfortunately, the consumption of animals is normalized to the point where you are more likely to receive a funny look for choosing not to eat meat rather than eating animal flesh and secretions. Others often believe that the lifestyle is restrictive because we have become so heavily dependent on the use of animals, however with such a large population of people choosing this lifestyle, there are vegan products available for any non-vegan product imaginable.

A plant-based diet is exactly what is sounds like- a diet. While vegans are considered to have a plant-based diet, not everyone that follows this diet is a vegan. While this diet does save animals, that doesn’t mean that everyone necessarily chooses it for that reason. For some, a plant-based diet could be the answer to a medical problem. Many choose the diet for their overall health in general, but it has many different benefits including weight loss and clear skin that make people want to leave animals off their plate, whether they are willing to ditch their MAC lipstick or not. Maybe not everyone who chooses a plant-based diet is all about animal rights, but regardless they make a huge difference and we thank them for that. By leaving animals off of the table, it is directly making a difference as well as inspiring others, which can lead to sparking change in another individual.