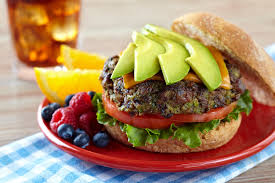 With vegan options becoming wildly more popular, we are seeing tons of restaurants add a vegan option to their menu. Many have chosen to bring Beyond Meat or Impossible to the table, which is understandable after seeing the massive results restaurants are seeing with it.

Although Carl’s Jr. and Hardee’s are owned by the same parent company, Hardee’s didn’t get the Beyond Burger when Carl’s Jr did. It was even rumored that they never would. Now, they offer both the Beyond Burger and a Beyond sausage biscuit on their breakfast menu.

In just a year, we have seen plant-based meat all but take over the universe. It is popping up on restaurant menus left and right, and the demand is higher than ever. We are being given tons of plant based meat options in the form of burgers, sliders, breakfast sandwiches, crumbled beef for tacos, and even meatballs. In 2020, the UK will see tons of new vegan products, including a new chick’n sandwich from KFC, pepperoni pizza from Pizza Hut, and veggie dippers from McDonalds. Who’s to say what vegan options will start rolling out next? A fast food place with a vegan nugget is a really likely prediction for 2020.

Arby’s may not be hopping on the vegan train any time soon, but with all these amazing options available, who cares?