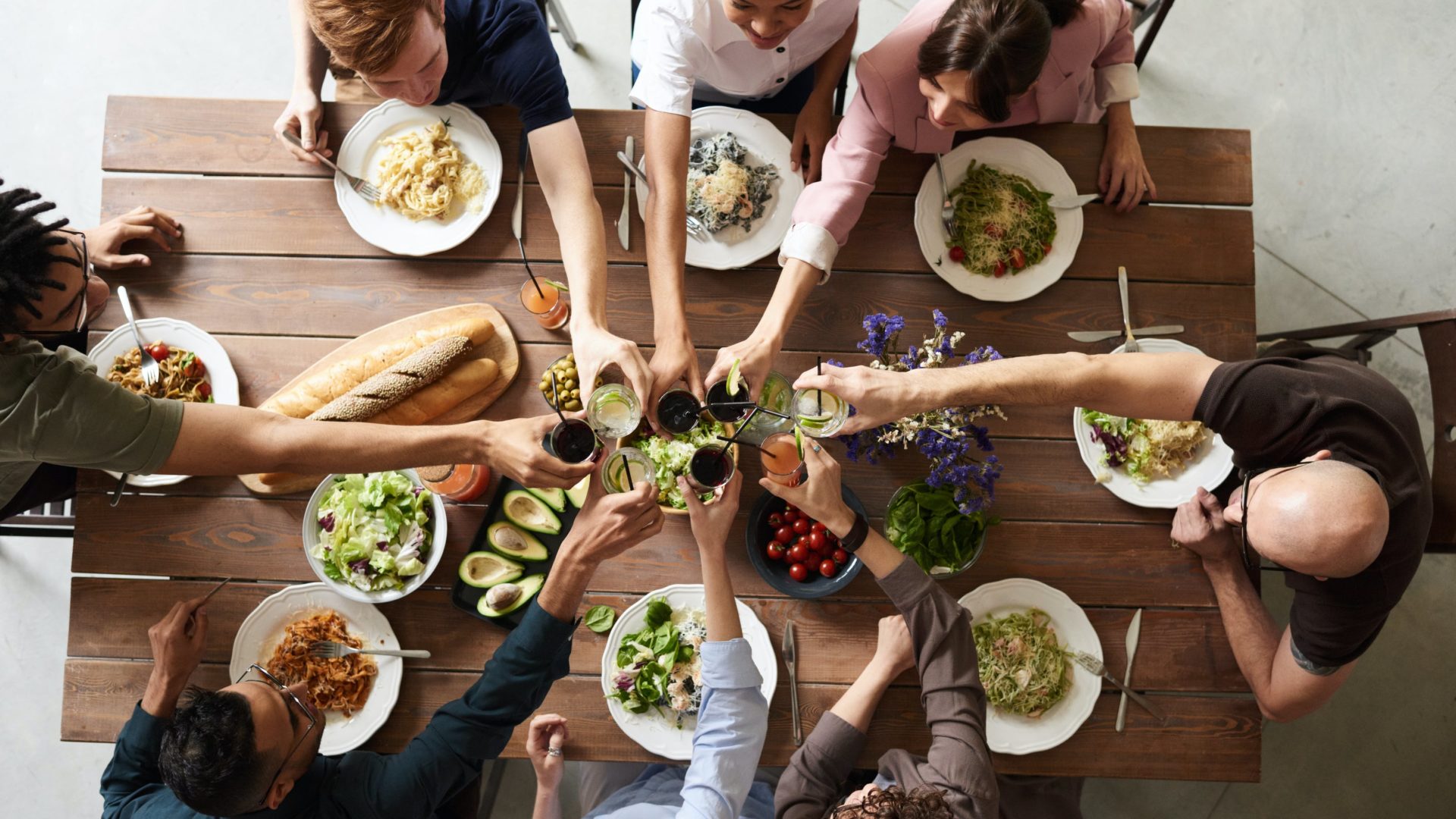 How to handle a non-vegan dinner party

The world is slowly starting to open up again, and soon we’ll finally be able to embrace all the social norms we couldn’t in 2020. But now it’s been more than a year of nonexistent weekend plans and forgetting what day it is. You’ve probably forgotten the unique terror that is getting asked to a dinner party with your non-vegan friends.

While you might be excited to have a reason to wear jeans again, you don’t want to jump back into the social scene without a refresher course on vegan etiquette. Here’s how to handle a non-vegan dinner party with skill so that you can achieve your two main objectives: (1) scoring another invite, and (2) not being hungry after.

Depending on your cooking skills, this scenario usually works out well for everyone. The host doesn’t have to play mental gymnastics when preparing the menu, and you are guaranteed to eat a meal you enjoy. One word of advice, though, is to not push it. Some hosts get a lot of pleasure out of being able to cook meals for everyone. Ask if they want an extra vegan dish, and if not, just back away slowly.

Be open, but not overbearing.
If your host has decided they want to handle the vegan meal, let them know you’re happy to help if they need advice on ingredients.Tell them what works and what doesn’t if they ask. But try not to take the meal over by offering lots of unsolicited opinions and advice.

There’s a word for that. It’s called overbearing, and it’s a sure-fire way to never get invited anywhere ever again. All of a sudden, they’ve replaced you with a pescetarian and you’re back to eating Sunday dinners on the couch.

Brush up on your conversation skills.
As much as people think vegans love to talk about being vegan, it’s usually the other way around. Non-vegans love to talk to vegan friends about their veganism. If you’ve been vegan for even a little while, you’ve probably gotten similar questions: Why are you vegan? When did you make the switch? On a scale of 1 to 10, how much do you miss cheese?

Take a few minutes to think about how you’ll answer beforehand. You want to inform without being judgy. It’s also likely that you’ll get some hecklers at some point. They love dropping mean jokes to get a reaction or trying to start a debate. It’ll be easier to stay level-headed and not get upset if you prepare for that reality ahead of time.

These are just a few of the ways you can get ready for a non-vegan dinner party without losing all your friends and gaining new enemies. However, if your objective is to lose these friends and never get invited out again, you’ll want to do the exact opposite of everything on this list. Whatever your goals are, hopefully this list will help!