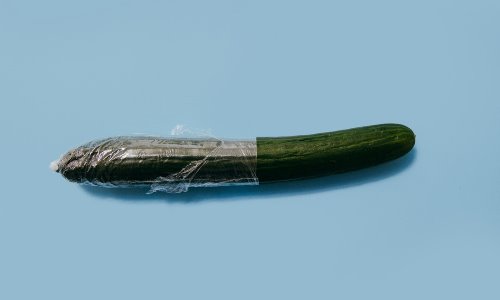 When someone begins their journey with veganism, they will likely learn a lot of things they didn’t know about before. However, you don’t learn everything in the beginning. I have learned new things about veganism even years after transitioning to a vegan lifestyle. Like anything in life, it is a constant process of learning, changing, and growing. As the lifestyle is becoming more popular, there are much more products on the market that meet the demand of consumers who are choosing to live a life free of animal exploitation.

While finding vegan products, you may find something that you didn’t realize wasn’t vegan in the first place. Until a few months ago, I didn’t know that some condoms weren’t vegan! If you only have non-vegan condoms that are accessible to you, you should protect yourself regardless, but luckily there are tons of vegan condom brands to choose from. Some may have to be ordered online, however others can be found in stores.

Why aren’t condoms vegan? Sadly, latex condoms are processed using the milk protein caesin. Some condoms are even made with lamb intestine. I was shocked once I realized where the name of Trojan’s Naturalamb condom line came from. Thankfully, there are a few condom brands that keep their consumer’s ethics in mind and don’t use animal products. Sir Richard’s Condom Company is 100% vegan, and they match the number condoms they have sold and donate them to developing countries. Their belief is that safe sex is a basic human right. Glyde is also a certified vegan product, as well as fair trade. Durex offers a few latex-free options, including Deluxe, Avanti Ultima, and Fetherlite Ultra. All other Durex condoms are latex, which contain milk. B Condoms is another brand of condoms that is completely free from caesin, as well as spermicides, parabens, or glycerine. B Condoms can be found at places like Walmart or Walgreens, which are more accessible than vegan condoms that have to be ordered online. There are many other vegan condom brands that can be found online, and I expect the options to keep growing as more and more people start to transition to a vegan lifestyle.

Contraceptives and staying protected during sex is extremely important, and staying safe should be the top priority. Using a non-vegan condom won’t take away from any efforts made to live a vegan lifestyle, however there are vegan options available. Safety should come first, but it’s also important to be mindful of the products you’re buying and what they are made up of. Have fun, be safe, and try to keep it vegan!